Ok so I saw this challenge and thought it would be fun. Hosted over at Midnight Book Girl.

I'm using She is Not Invisble by Marcus Sedgewick.

Laureth & her brother Benjamin on the spur of the moment got to New York to look for their father. So I added my passport, cash (I don't think I've got any US currency, but I did have £). There is also a notebook, which ties back to the story and a scarf - because of the whole polar vortex which is making things rather chilly. 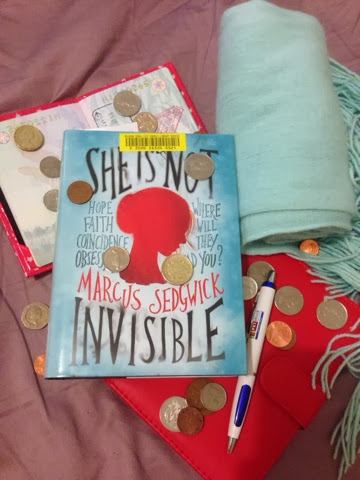 I've only seen a couple of other stagings, but I'm looking forward to seeing a few more, people have got great imaginations.